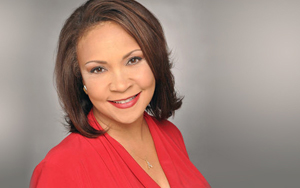 The number of progressive, pro-choice female voices in the Georgia Senate are few and far between. Very soon there will be another.

Miriam is running for re-election to Senate District 26, the open middle Georgia seat she won after it was vacated by Minority Leader Robert Brown.

She has served on Macon’s City Council since 2006, and just last year led the charge against a tax increase that would have punished some of Macon’s poorest neighborhoods.  Under Miriam’s leadership, this effort to raise taxes failed at the ballot box.

“Georgia’s WIN List is thrilled to endorse Miriam Paris because of her long history of community service and governance experience on city council, and moreover because this special election is an opportunity to elect another woman to the state legislature,” said Allie Kelly, chair of Georgia’s WIN List.

During the last cycle, under the leadership of past Board Chair, Amy Morton, WIN List elected twenty-six of twenty-eight endorsed women. This included re-electing state Sen. Valencia Seay in a difficult primary and state Sen. Horacena Tate over her well-funded Republican opponent.

Miriam’s election to the Georgia Senate will continue WIN’s winning ways to kick off the 2012 election cycle.  “Miriam’s familiarity with local issues as a result of her service on Council, together with her business background, would make her a tremendous asset to our local legislative delegation,” said Morton, a Macon resident. “As a single mother, a small businesswoman and a community leader, Miriam certainly serves as an effective advocate on the issues most important to women and their families, and once elected, WIN List will be proud to point to her as an endorsed candidate.”