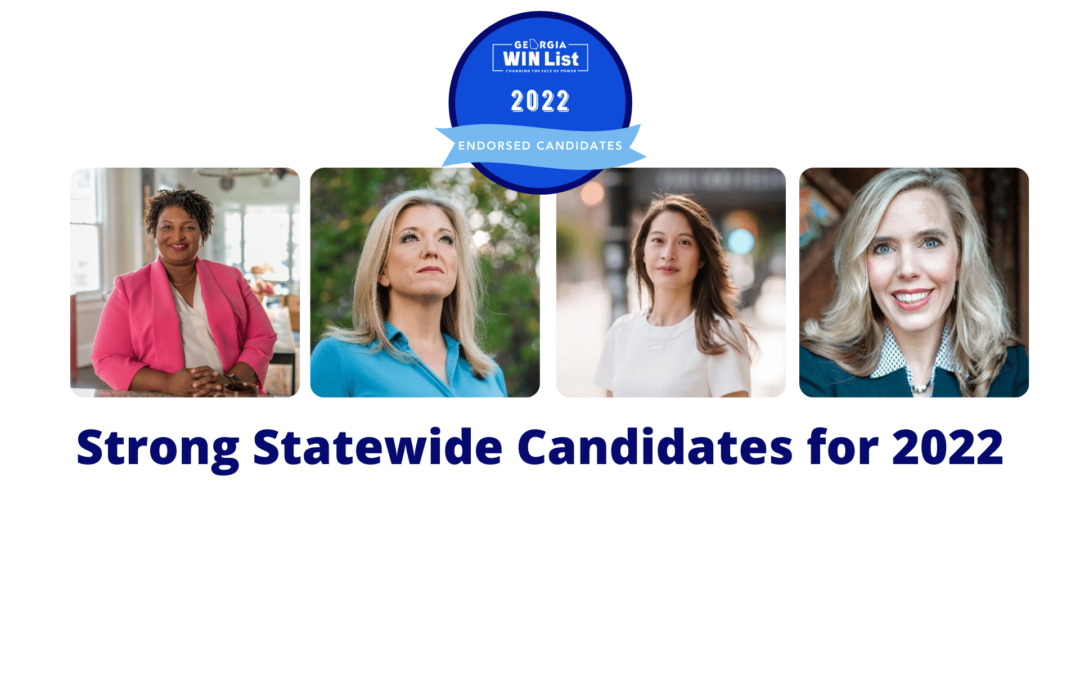 Georgia WIN List has unveiled a slate of Democratic female candidates for statewide office as issues including abortion access and tax cuts to state government emerge to energize Republican voters.

“All four have sums of money and expertise in the areas of the offices they are running for,” Melita Easters, executive director and founding chair of Georgia WIN List, said Wednesday.

The 2022 campaign has started much earlier than past election cycles. There’s no shortage of issues. Abortion and state taxes are two of several early topics.

Access to legal abortion could become a matter of state purview if the U.S. Supreme Court overturns Roe v. Wade and hands control to the states. The court is expected to rule no later than June 30, 2022, on Mississippi’s appeal of a ruling that overturned restrictions on abortion. Georgia Attorney General Chris Carr has signed an amicus brief supporting Mississippi’s position.

The state income tax was put into play on Nov. 15 by Sen. Butch Miller (R-Gainesville), who’s running for lieutenant governor from his position as the chamber’s second-highest officer.

Miller’s proposal, Senate Bill 323, goes beyond defunding the government, which it does by calling for the elimination of income tax revenues from businesses, professional organizations and Georgia residents, without citing a source of money to replace the lost revenue. By eliminating from state law the entire code section on income taxes, the proposal removes a host of tax credits that benefit industries including those that manufacture films or cigarettes, use a state port, or open a headquarters in Georgia. SB 323 does not contain any fiscal information.

These two issues, abortion and taxes, are among a host likely to arise during the 2022 campaign. By releasing a slate of candidates before the start of the legislative session on Jan. 10, 2022, Georgia WIN List adds its perspective to the early conversation.

“It’s very important for Georgia women to realize what’s on the line in state elections, and in elections for Congress and the U.S. Senate,” Easters said.

The organization is an Atlanta-based nonprofit that recruits and trains for public office Democratic women who focus on issues of concern to women, including abortion access.

Easters offered these observations of each candidate on the slate: