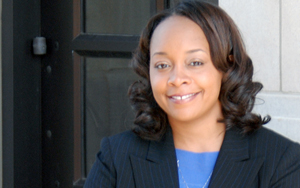 LaDawn “LBJ” Blackett Jones is a mother, business owner and community servant.  She is seeking an open seat in the Georgia House of Representatives for District 62, which covers parts of unincorporated Fulton and Douglas counties including East Point, College Park and Union City.

LaDawn is CEO of the LBJ Law Group, Georgia’s only holistic counseling law firm.  She founded and acts as executive director of the Women of Westlake, a life skills community service program at her alma mater, Westlake High School in south Fulton County.  The program expanded in 2009 to Langston Hughes High School and Sandtown Middle School (S.O.S.)