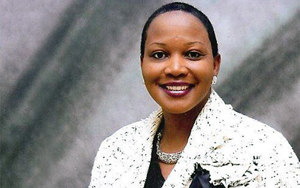 Patty James-Bentley has more than 15 years of public service for the local government in Taylor County.  She was first elected to the Taylor County Board of Commissioners in 2004 and now serves as its chair.  Prior to her election to the board of commissioners, Patty worked for eight years as Chief Registrar for Taylor County.

During her tenure with Taylor County, Patty helped to expand the Taylor County airport runway with a grant from Gov. Perdue’s Air Georgia Initiative, and helped secure more than $1 million for local sewage and road improvements.  She has participated in several leadership programs, including Leadership Georgia (2007), Leadership Taylor (2006), and the Georgia Academy for Economic Development (2006).

Patty was featured by Georgia Trend magazine as a “40 Under 40” rising star in 2006.  She is a wife, mother and small business owner.