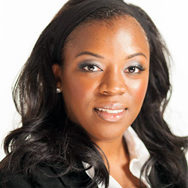 Yasmin Neal is a native of Georgia, and was born and raised in the 75th district that she represents which is in Clayton County. Yasmin Neal is the youngest member of the GA House of Representatives, elected at the age of 25 years old.

In her first year as a legislator, she sponsored HB 1116- the controversial Anti-Vasectomy Bill, which earned nationwide and international news, including being featured on, but not limited to; CNN, CBS “The Doctors” show, MSNBC’s Rachel Maddow Show, Current TV, EBONY, BET, Jezebel Magazine, V103, 102.5, National Public Radio, Huffington Post, going viral on YouTube, trending on Twitter; and countless news media outlets in the United States and abroad.

Yasmin is currently a police officer at the Clayton County Police Department, and was a Detective in the Major Felony Unit. Yasmin also worked at the Clayton County Sheriff’s Department as an Internal Affairs/ Backgrounds and Hiring Investigator, and then an Investigator in the Fugitive Unit. She is a graduate of Jonesboro High School and attended Valdosta State and Clayton State Colleges, and pursued a degree in Criminal Justice.

Yasmin is on the School of Criminal Justice advisory board at ITT Tech University, is a member of the Georgia Legislative Black Caucus, Young Elected Officials Network (YEO), and received the 2010 Conservation Award from Georgia Conservation Voters, for consistently voting to protect all of Georgia’s natural resources while at the House of Representatives.

Yasmin has a non-profit, Clayton Rocks, which engages and supports youth activities in the Clayton County area, the kick off event being self defense class that was taught to teenage girls over the summer of 2011. Yasmin is a partner in education with Clayton County Schools, The Coretta Scott King (all girls school), the Benjamin Carson (All boys school) and Yasmin serves on the Judicial Non-Civil Committee (sets GA criminal law), Public Safety and Homeland Security, and Children and Youth.