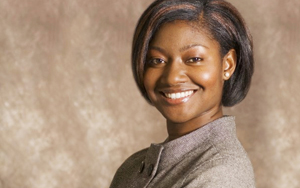 In November 2002, Alisha Thomas Morgan became the first African American to serve Cobb County in the Georgia House of Representatives. The Georgia Legislative Black Caucus selected her as Freshman Legislator of the Year. Georgia Trend Magazine, included her as one of “Georgia’s Brightest 40 under 40,” and she was recently featured in Ebony magazine as one of the nation’s 30 leaders under 30.

After graduating from Spelman College with degrees in Sociology and Drama, she worked for the Alliance for Justice as the Southern Regional Organizer. While still a student, Morgan founded the Niamani Project, which has touched the lives of hundreds of Atlanta’s youth, helping them develop self-esteem and leadership skills by using the arts to address social issues. She also worked to revitalize Spelman’s NAACP chapter, serving as president for three years. Later, she became state president of the youth and college division of the NAACP, and she is immediate past president of the Metro Atlanta Young Adult Council.

Morgan’s many honors include the Friend of Education award and the Unsung Heroine Award from the Anti-Defamation League. Currently, she is actively involved with Alpha Kappa Alpha Sorority, Inc. and the Steering Committee for Georgia Coalition for the People’s Agendas. She serves on the board of directors for Georgians for Gun Safety, Austell Community Taskforce, and the State Committee of the Georgia Democratic Party. She recently married David Morgan, Jr., a motivational speaker and fifth grade teacher at KIPP Academy in Atlanta. The two reside in Austell, Georgia.