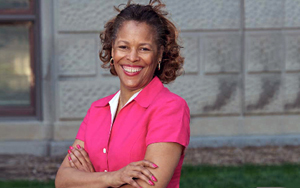 Dr. Horacena Tate was first elected to the Georgia State Senate from the 38th District in 1999. She currently serves on the Appropriations, Education and Youth, Health and Human Services, Retirement and Urban Affairs committees.

Born in Griffin and raised in Atlanta, Sen. Tate attended school in the Atlanta Public Schools System and graduated from Frederick Douglass High School in 1973. She obtained a Bachelor of Science Degree in Education from the University of Georgia in 1977. After graduating, she worked in the Georgia Department of Labor in 1977. She spent several years as an employee and trainer with United Airlines and Apollo Travel Services.

Active in community affairs, Horacena has been the computer literacy advisor for the Butler Street YMCA, a volunteer software instructor for local churches, a delegate representing Clark-Atlanta University at the International Community Education Conference held in Trinidad and a speaker for several Metro Atlanta public school functions. During 2001, she served as vice president of the Rosalie Wright Community Council.