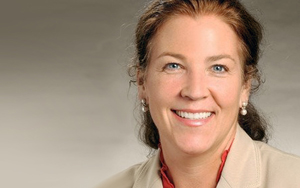 Margaret completed a B.A. in Liberal Studies at Emory University while working full-time in constituent affairs for the Secretary of State of Georgia.  She went on to work for The Carter Center in Public Information and later worked for a year on The Atlanta Project before President Carter announced its inception.

After her marriage, she assisted her husband with the operation of his restaurants. After the birth of her first son, Willem, she, her husband, and a business partner opened Cabbagetown Grill. After the birth of her second son, Ewan, Margaret became involved in the start-up of a charter school in her neighborhood. Currently, she serves as President of her family’s small business and remains active in her children’s schools.

As the state legislator for House District 59, Margaret represents one of the most diverse and exciting districts in the State. District 59 stretches from high-rises and homes in Midtown, through historic Old 4th ward, parts of downtown, historic Inman Park, Grant Park, Summerhill, Peoplestown, Mechanicsville, and Pittsburgh, through South Atlanta, including the neighborhoods of historic Lakewood, Thomasville, Polar Rock, as well as the communities along Pryor Road South.

During the 2007-2008 legislative sessions, Margaret served on Banks and Banking, Education, Industrial Relations, and the Health and Human Services committees, as well as, the Charter School subcommittee that met over the summer of 2007 to create a legislative package for the 2008 legislative session. During her first year in the Legislature, she was selected as one of 25 House and Senate members to participate in the University of Georgia’s Legislative Leadership training.

In August, Margaret will be attending the upcoming Democratic convention in Denver, CO as part of the Georgia Delegation. She looks forward to seeing a candidate who understands the issues facing women locally and globally elected to the office of President of the United States.

The District: District 59 is extraordinarily diverse in economic, racial, educational, cultural and lifestyle terms.  It ranges from new high rises in Midtown Atlanta south through older neighborhoods such as Sweet Auburn and Grant Park to Lakewood.