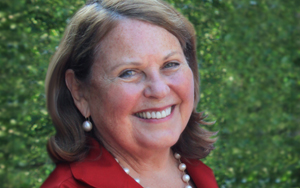 Pat Gardner was first elected to the House in a 2001 special election. Representative Gardner has served on the Health and Ecology Committee and the Human Relations and Aging Committee where changes in Georgia’s health-care policies are discussed. She chaired a task force on enhancing Advanced Practice Nursing and served on a task force on prescription drugs for seniors.

As vice-chair of the Higher Education Committee, Gardner worked hard during the 2004 session to achieve the fiscally responsible compromise that was adopted on the HOPE scholarship. She also introduced a resolution to study highway safety and speed of trucks on Georgia’s highways, as well as initiating the first “Sustainable Business Day” at the Capitol to honor companies that reduce waste and clean the air while operating profitably. “Access to health care continues to be my number one priority though budget constraints continue to plague our progress,” she says. “I am a strong advocate for gay and lesbian civil rights. Specifically, I helped coordinate the efforts to kill the bill to amend the state constitution making it unlawful for gays and lesbians to marry.” She received a commendation from the Georgia Conservation Voters and a 90% rating form the Georgia Chamber of Commerce.

As a member of the Morningside community where she has lived for 29 years with her husband and two children, Gardner has served on the boards of the League of Women Voters, the Learning Disabilities Association of Georgia, the Mental Health Services Coalition, Besser Foundation and Georgians for Choice. She is a member of the Midtown Atlanta Rotary Club and the Buckhead Business Association. Before moving to Atlanta and becoming and association executive, Gardner taught high school Spanish.